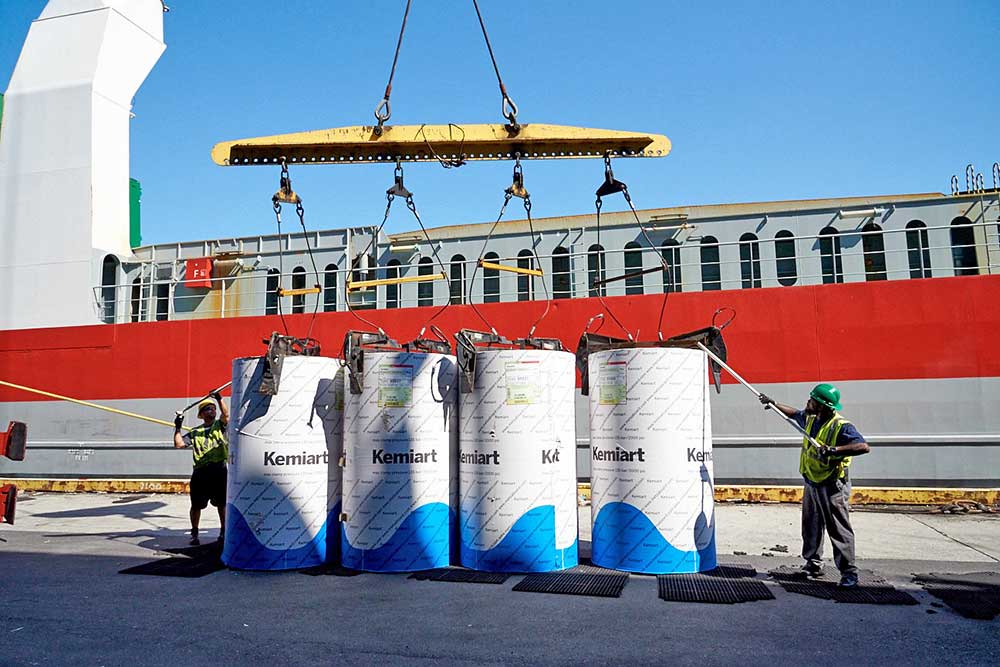 Original article by by Michelle Caffrey for Philadelphia Business Journal

Greater Philadelphia’s ports are poised to cash in big on recent growth and infrastructure improvements — if skilled workers are ready to take on the jobs.

A new state grant is aimed at increasing the amount of trained port workers by offering more than $385,000 to four area community colleges and Drexel University to implement a new training program, “Pennsylvania’s Gateway to the World: Transportation, Logistics and Warehouse Training Programs Serving the Areas of the Philadelphia Regional Port Authority and Delaware River Port Authority.”

The title may be a mouth-full, but it’s a straightforward program. Subject matter experts in the maritime industry, including owners, operators, trade associations and unions, designed the training to fit their needs. The schools, part of a College Consortium, will receive 90 percent of the funds while 10 percent will go toward a part-time project manager, accounting and administrative costs taken on by Delaware Community College.

The school’s Dean of Workforce Development and Community Education leads the consortium’s business development team and is organizing the program. The other participating community colleges, in Bucks, Delaware, Montgomery and Philadelphia counties, will be involved based on their expertise. Funds will also be used to provide computer and welding training.

“The Collegiate Consortium for Workforce and Economic Development is the perfect vehicle for offering the kind of job-specific, skills training necessary for the region’s ports to capitalize on what promises to be a bright future,” Delaware County Community College president and Collegiate Consortium chair Jerry Parker said in a statement.

Camden County Community College is also a part of the consortium, but it isn’t a part of the grant, which is funded by Pennsylvania’s Department of Labor and Industry.

DCCC said the training program aims to address a growing need for skilled workers along the Delaware River’s ports, which have seen sixth straight years of growth and will see an increase in business in the wake of recent infrastructure improvements.

The Delaware River is in the midst of a massive, ongoing dredging project, led by the U.S. Army Corps of Engineers that will deepen the river’s navigational channel from 40 feet to 45 feet so large shipping lines can do business at the river’s ports. It’s set to wrap up next year.

The ports are also gearing up for a boom in business, with the effort to expand the Port of Philadelphia for the first time in four decades through the upcoming construction of the Southport Marine Terminal Complex. Progress on the Port of Paulsboro, in South Jersey’s Gloucester County, is underway after years of planning and is expected to bring about 2,000 jobs to the region.

“We literally have ships waiting to dock at this port the minute it finishes,” U.S. Rep. Donald Norcross told NJ.com during an October 2015 press event at the port. “We have to build the infrastructure for the commerce.”